By NMF - July 26, 2014
Most of the heavy-duty analysis has been completed with respect to the 2014 Spring run data collected, and a tremendous Thank You to all who submitted information again this year. Without your help, none of this is possible. Just a quick note, there's just so much information to present that we are trying to figure out the best way to do so without it becoming overwhelming. There's simply too much to show all in one or a couple blog posts; so while we figure that out, here's some interesting information which came out of the analysis.

MS talks quite a bit about initiation temps and how that appears to affect initial upstream movement of adult steelhead on the North Shore. There are many ways to illustrate it, but we thought we would take it one step further. Previously we have focused on illustrating the daily creel numbers against temperatures and flow, and while this does a good job of showing you the granular interactions and how they appear to influence movement during pre and post-initiation threshold, we continue to try and find ways to actually validate the hypothesis. With the completion of the 2014 Spring creel, we now have enough historical data to begin doing that.

What you are looking at are each of the three regions of the Shore. We calculated the percentages of fish creeled prior to what is believed to be the initial upstream migration temperature initiation threshold vs. the post-initiation threshold. And while the results are not surprising (to MS at any rate), they certainly are interesting and of great value to the North Shore steelheader.

The week numbers, both negative and positive, are standardized for all years. Negative weeks represent all rainbows (steelhead + kamloops) captured prior to the hypothesized initiation threshold temperatures being attained. The "Zero" week is the point at which initiation threshold was reached, and subsequent weeks represent all rainbows captured post-initiation threshold. We also plotted the standardized "Magic 40" point. That is to say the point at which stream temperatures attained and maintained at or above 40 degrees F. The numbers are represented as percentages of the total return to creel as noted based upon pre and post-initiation, and the total sample size is noted for each region in the header. 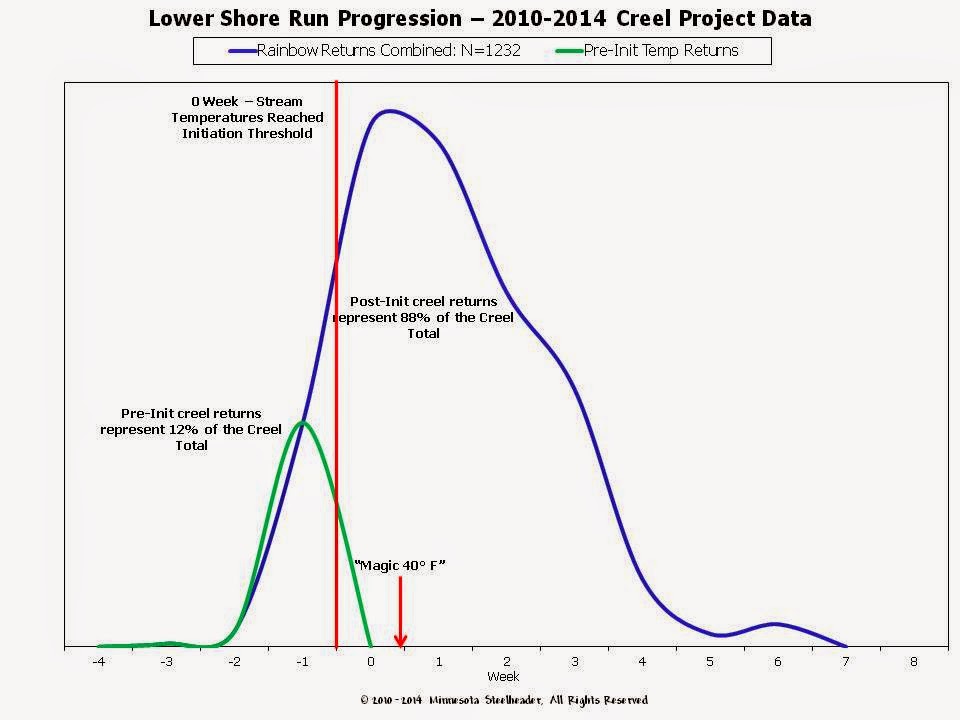 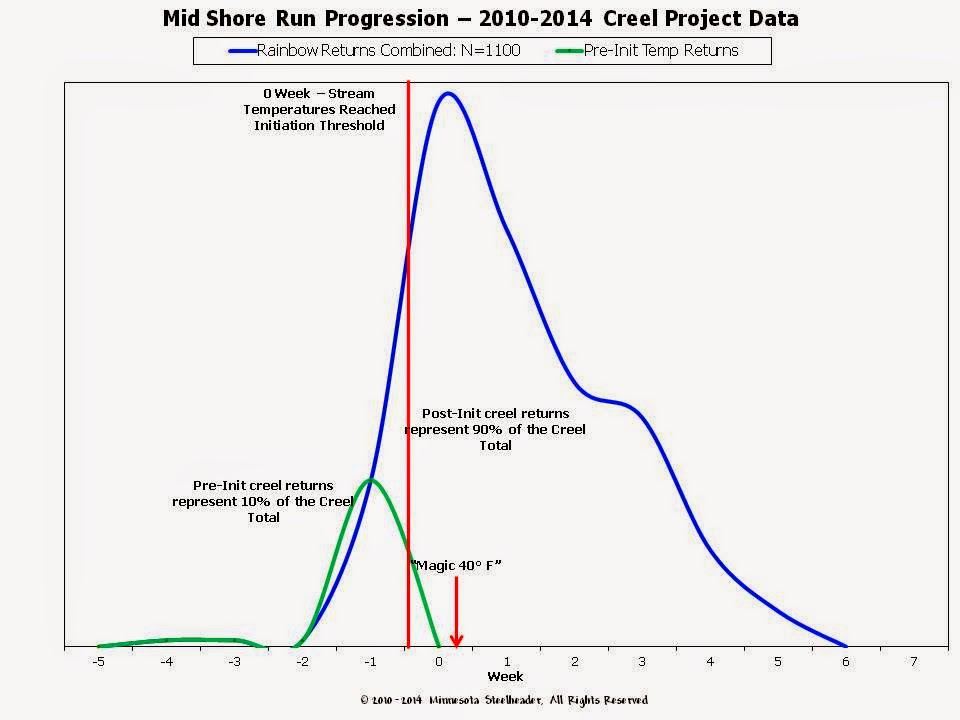 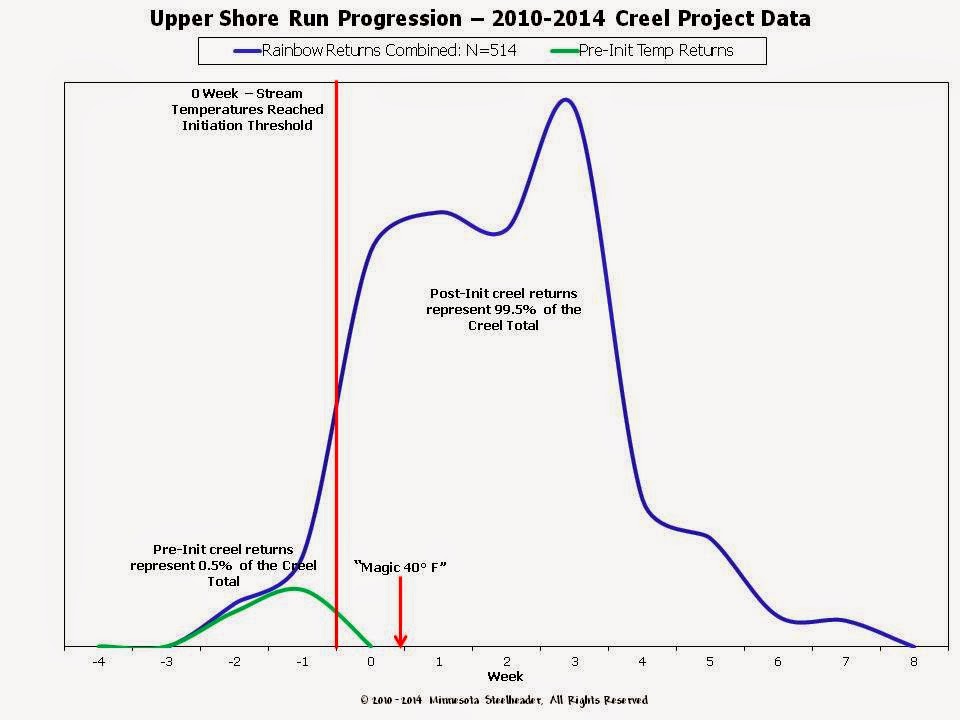 Interestingly what we are seeing is a fairly consistent 10-12% of fish being creel-sampled prior to the hypothesized temperature initiation threshold being attained, and the remainder peaking shortly after the threshold is attained, typically right around "Magic 40".

Again, all we are doing here is figuring out more ways to validate the current hypothesis, but it also provides you with ways to apply the knowledge and become a more successful North Shore steelheader.

One last note: Minnesota Steelheader will take you creel reports any time you care to send them, Spring or Fall. We think it would be really interesting to begin to flesh out the entire year, so please keep sending the information via the creel page.
Regards-
NMF